About Us » School Information

Home of the Wildcats 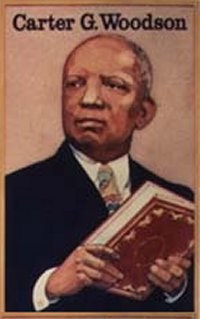 Our middle school is named for Carter G. Woodson, a son of former slaves, who was born in Buckingham County, Virginia in 1875.  He served as an educator in numerous capacities and in 1912 became the second African-American to earn a doctorate from Harvard University.  An advocate of black achievement, Woodson was the founder of the association for the Study of Negro Life and History and he is considered the father of Black History Month.

Carter G. Woodson Middle School first opened in 1958 as a segregated school for African-American students.  In 1969, it became fully integrated and housed all sixth grade students in Hopewell's school district.  Following renovations in 1974, the school housed grades six and seven; in 1980, Carter G. Woodson became a middle school with students in grades six through eighth. Currently, it is the only middle school in Hopewell and offers a complete 6-8 educational curriculum to approximately 1000 students.